I don’t create a lot of abstract work but occasionally it’s nice to shake up the old routine. I’ve been feeling a bit in the weeds as I continue to work on the large canvas in my storm series. I decided a bit of a breather was in order. I wanted to do something that had fluidity both in the composition and the process. This oil on canvas was the result. Deciding the title of the painting coincided with the arrival of visitors in my studio space. I asked for input on interpretation and interestingly enough opinions fell strictly along gender lines.  A lively discussion ensued and after the group left I ended up titling the painting “Brendan’s Lament”. It’s a rather obscure title in the vein of “you had to be there”.  We all interpret through our own personal filter so I suppose I could have gone with “Untitled”. “Untitled” though is still very much a title (along the lines of opting not to choose is still making a choice). For me the manipulation/creation of an image is about communication. What you put in, what you leave out, what you say and what you don’t say, are all a part of the message. 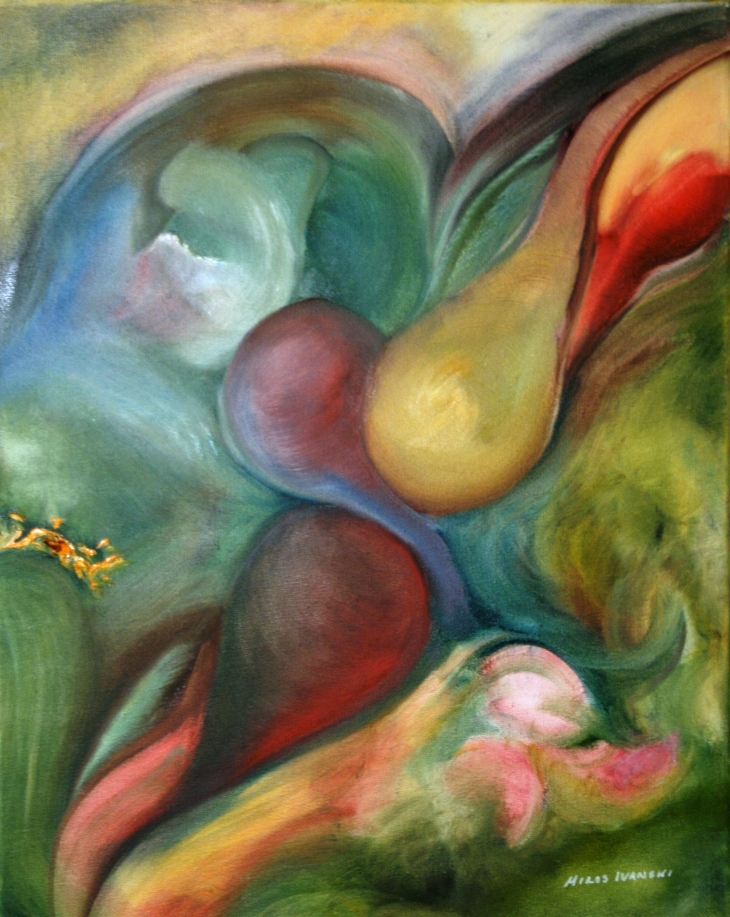